Posted on by aryaputr in Articles, Great Personalities 1 Comment

11-12-12. On this day of Ravi Shankar’s passing, I feel deeply grateful for everything that he has done and has been to India, to Shastriya sangeet, and to World music, and of course to the countless people he inspired over the past 7 decades.

Shankar’s autobiography – a treasure to anyone having an interest in the story of Indian classical music in the 2nd half of the 20th century as told from one of its finest musicians. Includes some wonderful & fascinating pictures in black & white

It was only a few years ago, after reading his utterly honest writing in the book ‘Raga-Mala’ that I began to have some idea what he represented, musically. Shankar, I took – was destined for greatness. Even now, when I see a Carnegie Hall calendar featuring classical musicians from India (or more generally, from the East), it is Ravi Shankar’s name that comes to mind – how much he contributed to the West’s understanding and appreciation of India and her music is a topic by itself and merits a genuine study to discover.

For that matter, even the instrument I have learned and adored, the Tabla, owes so much of its current mainstream presence to Ravi Shankar. It was at his insistence, time and again, his prodding and encouragement to Alla Rakha, his friend and collaborator in percussion, which led the Tabla to become an ‘equal’ on a concert stage. Traditionally, the percussionist’s role was to provide the ठेका (theka, or basic rhythm cycle of the taal) constantly through the performing artist’s piece. There was little, if any scope for live improvisation. Not just that, the ‘Tabalchi’ was often made to sit at a lower platform than the main artist, or if that was not feasible, the main artist would be expected to play from an elevated platform, to emphasize the passive role of percussion in the concert or recording. Ravi Shankar broke tradition like no other musician before him had done – he recognised and elevated the Tabla to be an instrument that was worth listening to on its own. If we have had the privilege of seeing great percussion artists perform solo in our times, we owe much to this prodigious Sitarist who actually gave percussion its due.

Through his music, collaborations, fearless experimentation, and tireless dialogue, Shankar played a tremendous role in bridging the sometimes vast, and often subtle differences between the East and the West – in temperament and approach of not just musical traditions but of thinking, outlook and world-view, a bridging that continues to this day in uncountable ways and has broken so much ground that we now take for granted.

This was one of the first tapes (and later among the first CDs) I ever owned – and listened to over and over again – Ravi Shankar with Zubin Mehta in their brilliant 1981 collaboration for ‘Ragamala’ – Sitar Concerto #2′. Hear ‘Lalit’ from this album when you can from here.

I’ve included a few pictures from the late ’50s below. Shankar took the world by storm – he was classical music, he was the de-facto ambassador of India, eloquent, extraordinarily intelligent, well-read & sensitive – he redefined the very idea of what or who an ‘Indian’ could be to the awakening West.

He will be missed ! 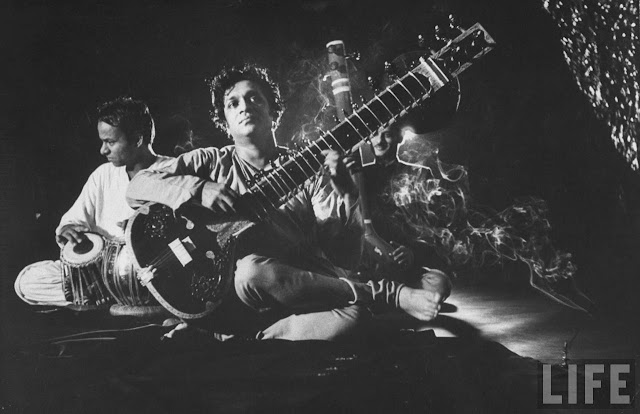 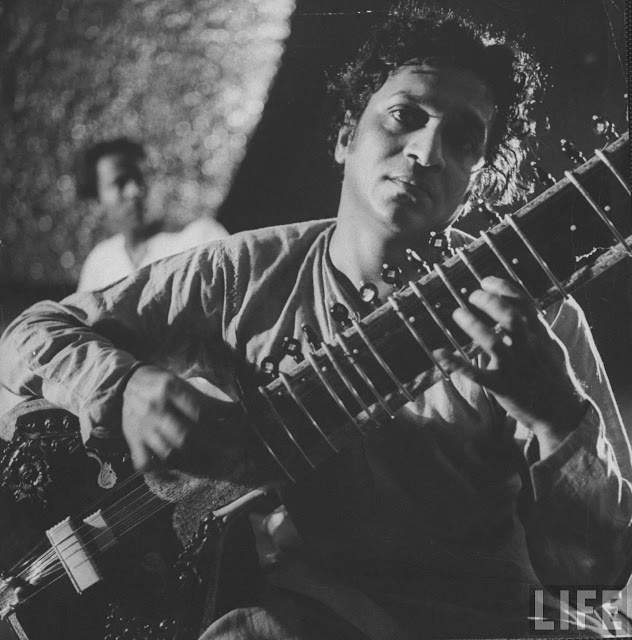 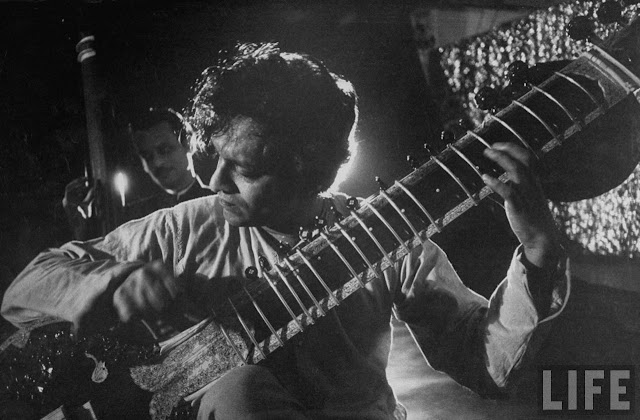 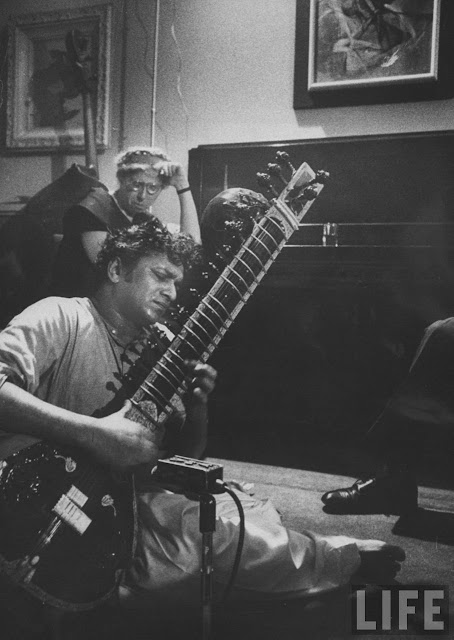 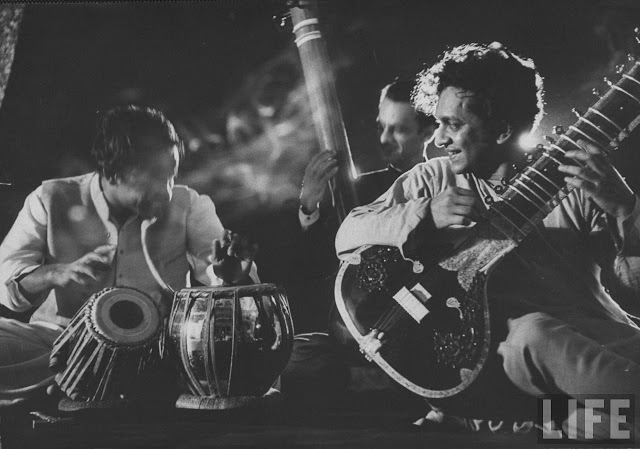 Ravi Shankar, walking the streets of London with his beloved Sitar in hand

“Robi”, “Ali”, Annapurna and their Guru The picture itself is simple, yet contains within it a symbol of a grand tree of learning in Hindustani classical music, which culminates at this prodigious man seated above – the legendary Allauddin Khan. There is a wonderful piece by Pt Jasraj on what Allauddin Khan represents.

The seven odd years of intense sadhana that Ravi Shankar went through at his guru’s feet contained in them the flowering of another tremendous artist, Ali Akbar Khan, who also played a huge role in bringing the art to the receptive West. And finally, in writing with respect for Ravi Shankar who has passed away, I take refuge in the fact that the ‘ultimate reference point’ of the Maihar gharana, Annapurna Devi, has still has some years to give. A great many of our country’s best artists continue to receive her raag-vidya. Of this eternal music, we may say happily :

“It lit the thoughts that glow through the centuries”